Three contemporary artists are engaged in generating a body of work in connection with astronomers and space researchers from the University of Leicester, Institute of Astronomy, Cambridge, Cardiff University and Imperial College, London. This list keeps growing. 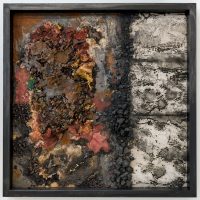 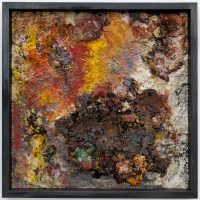 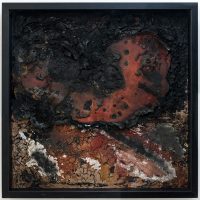 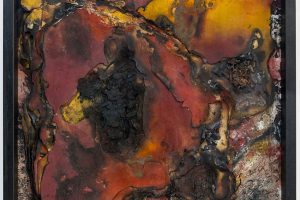 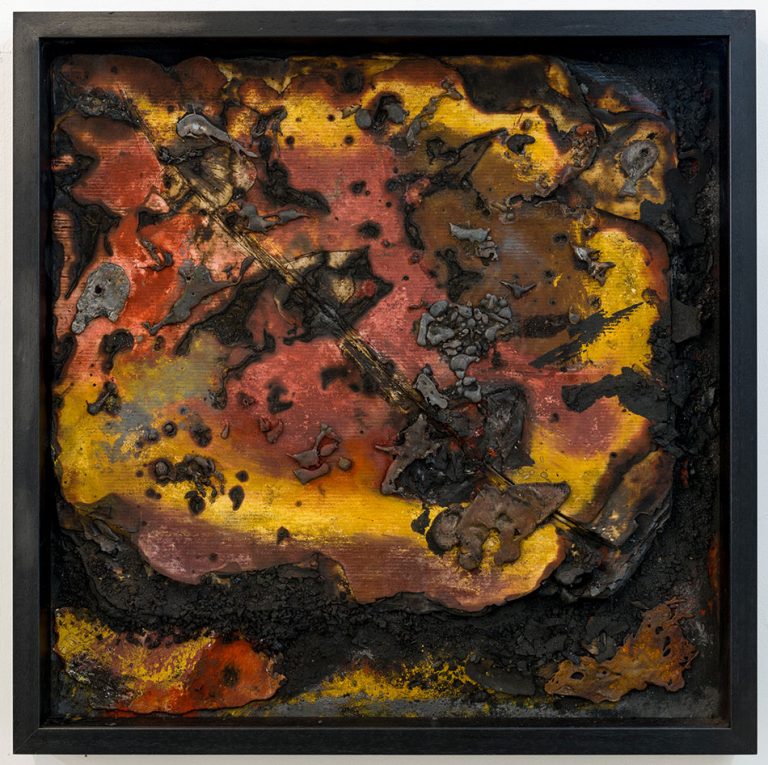 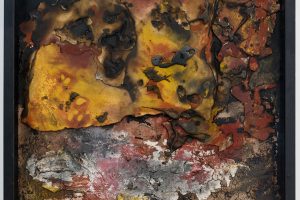 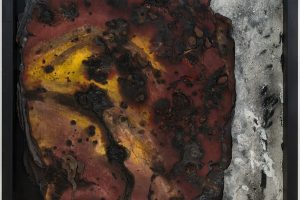 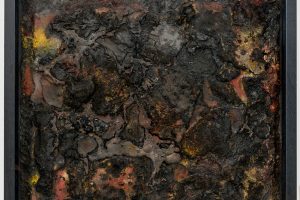 The artists are interested in exploring the fabulously rich imagery of space and engaging in creative dialogue based on current thinking and research about the Universe.  Through on-going interactions with astronomers and planetary geologists they will interpret the universe through the materials of their own disciplines – painting, sculpture, printmaking and drawing.  Initial areas of interest are: the structure of the universe; the origins and lifecycle of matter; image processing – the translation and interpretation of deep space imagery; the texture of planetary surfaces; heat, fusion and impact.

Involvement with the science community will provide a catalyst for change and development of the individual practices of the artists and will generate an aesthetically stimulating show.

‘By developing a creative interaction between the artists and astronomers, we hope to generate new art that is inspired by the underlying physical processes in astronomical objects, that are not apparent in the scientific images’
Professor Martin Barstow; Pro-Vice-Chancellor & Head of College; President, Royal Astronomical Society

Alison works with heat and the transformation of materials in the kiln and furnace and the alchemy of the process.  The materials she uses are iron, clays, rocks, carbon, silicon, oxides, and different metals to name a few. Materials found throughout the universe.

Through exposing to heat; often up to 2,000 degrees centigrade; the materials have very different reactions to each other and to themselves. They transform, disappear, fuse and explode. They do not stay the same as they were before. The process is full of unknowns, mysterious, full of wonderment, excitement and the unexpected; and often to Alison; the unexplained. All adding to the stories the materials reveal about themselves through trauma and fire. This is what also draws Alison to expanding her conversations to astronomers and those working with the universe and all its unknowns.

The Creativity and Curiosity project is a wondrous challenge. The universe is so vast in every possible way, the physical, the intellectual, the science, the impossibility of the idea that there can be an ‘End of Time’ and ‘Edge of Space’, only to our ability to try and understand and engage – but in what, what is it?

The imagery from space is spectacular and it would be easy to try and replicate this, it is seductive and awesome. The textures and patterns of the images coming from the space can be seen in so many different things on earth. For example the images of the layered iron sulphate deposits in the Valles Marineris of Mars are like the bark of a tree, a wing of a butterfly, an aerial view of a mud flat estuary. Other imagery from Mars has huge resonance with the prehistoric cup and ring markings on stone in Yorkshire. There are so many echoes across the universe.

To Alison there cannot be a beginning or an end, but constant change and movement of materials; each explosion, collision and resulting impact is unique and lays down its own story. These change again and again with each further explosion or collision. The universe is created through chaos, trauma, unpredictable happenings which are each unique in their process and result is constant progressions and changing states; nothing is static. The process of the constantly changing universe is similar to the way a grain of sand is formed and changed. The ‘stuff’ which makes up the universe; the 5% we know about; is the same which is here.

Everything is connected; the micro and macro of creativity; yet we in this world insist on not recognising what connects us all. We tend to concentrate on differences and what disconnects and walk away from things which have ‘nothing to do with us’.  If we would cast our eyes outwards then we may see how allied we all are and how easily we can destroy ourselves.  Are the migrations of people across the earth echoing the migration of materials blasted out of their ‘homes’ in space?

Alison’s work will keep changing, evolving, and recreating itself in different forms depending on processes she applies to the materials and continuing explorations into the mind boggling world of the universe. Extreme heat and transformation of matter is intrinsic in space. Through destruction emerges change and renewal; which is constantly happening.