Pouring Iron and Breaking out Moulds

The process of creating a piece of work within a mould; whether plaster or sand; is reminiscent of archaeology: uncovering the hidden, revealing parts of a whole, never knowing what will emerge. 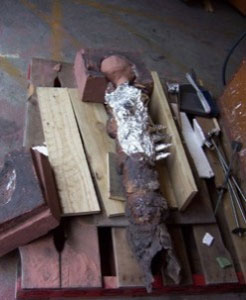 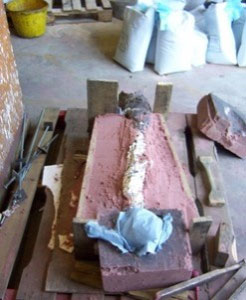 Building the form from a part of a ceramic body and forming the rest of the body with polystyrene, foil, paper. The form is encased in sand which has sodium Silicate mixed with it and injected with carbon dioxide. This sets like stone and entombs the form. 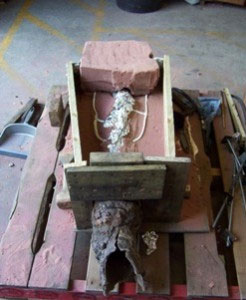 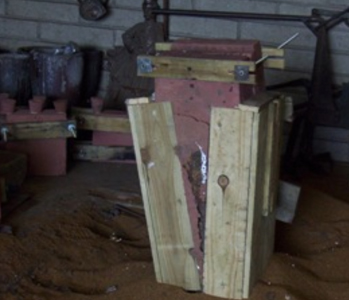 The form is totally encased in sand, ensuring that there is a pour hole for the iron and air vents to let the air come out of the mould as the iron gets poured in. 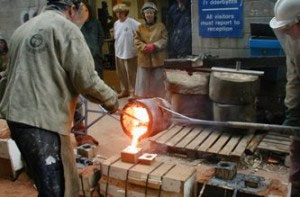 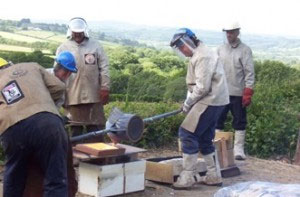 This is another of my moulds being poured but the process is the same. 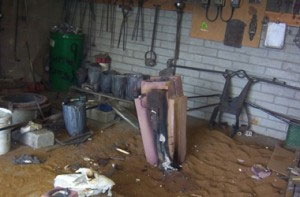 The iron was poured into the mould. It is a pity there are no photographs of the pouring of this as the whole mould was encased in flames and it was quite spectacular. 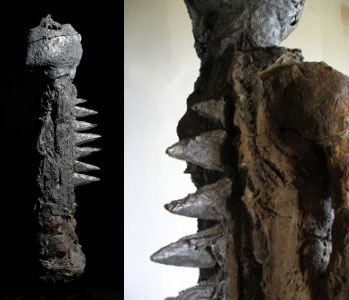 Breaking out the mould always reminds me of archaeology. 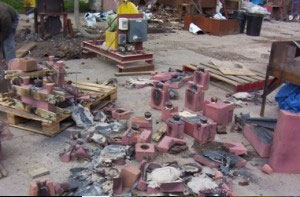 The moulds after pouring the iron, some broken into others still waiting. 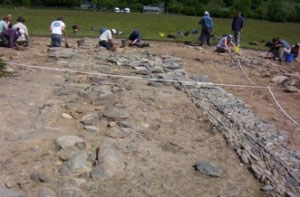 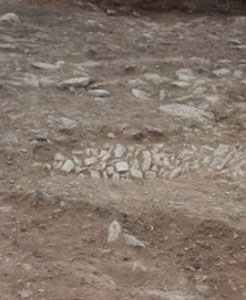 An archaeology dig at Strata Florida, Wales undertaken by Lampeter University. There is only speculation about what may lie under the earth. It gets peeled away, the earth is flayed in order to reveal what it holds. Each person involved has a different interpretation about what they are seeing and unearthing. Slowly a pattern emerges as the earth and stones are dug and brushed away, but the story is still unknown. 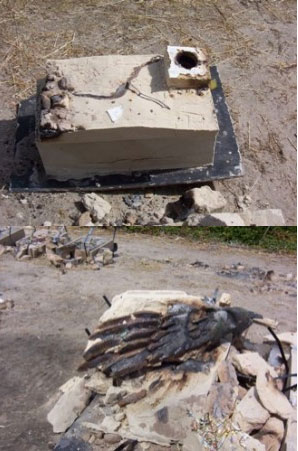 A mould waiting to be broken into and the first beginnings of what may emerge; the wing of a death boat.

A piece was made from wax and melted out. I did not know what to expect. The form had slumped but in so doing created a twisted appearance to the shape of the boat prow. 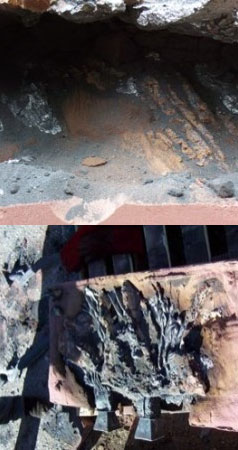 The very beginnings of the form emerging and slowly with chiselling and brushing half of the boat gets revealed.